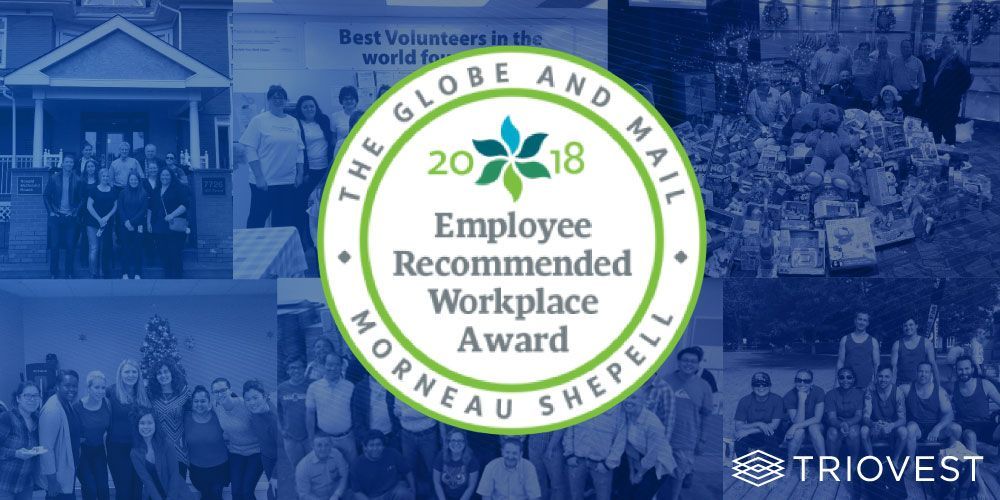 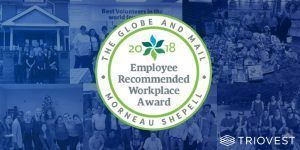 Triovest is pleased to announce that it has earned the distinction of being named an Employee Recommended Workplace for the second year running by Morneau Shepell and The Globe and Mail. Triovest’s high standards for its healthy workplaces, as reported by its employees, identified them as an employer of choice.

The Employee Recommended Workplace Award recognizes excellence in achieving a healthy, engaged and productive workforce. It is the only award of its kind that is based entirely on feedback from employees. Triovest employees were asked to complete a short confidential survey that included questions about their physical and mental health, as well as aspects of their work and life – all elements of Total Health that impact employee engagement and productivity.

“We have built an industry leading team at Triovest and their health and well-being is a top priority,” says Louise Porthouse, Vice President of Human Resources at Triovest. “What’s most significant is that this feedback comes directly from our employees. They are engaged and share common values that set the tone for Triovest’s unique corporate culture.’”

An award ceremony will take place on March 20, 2018, hosted at The Globe’s headquarters in Toronto.