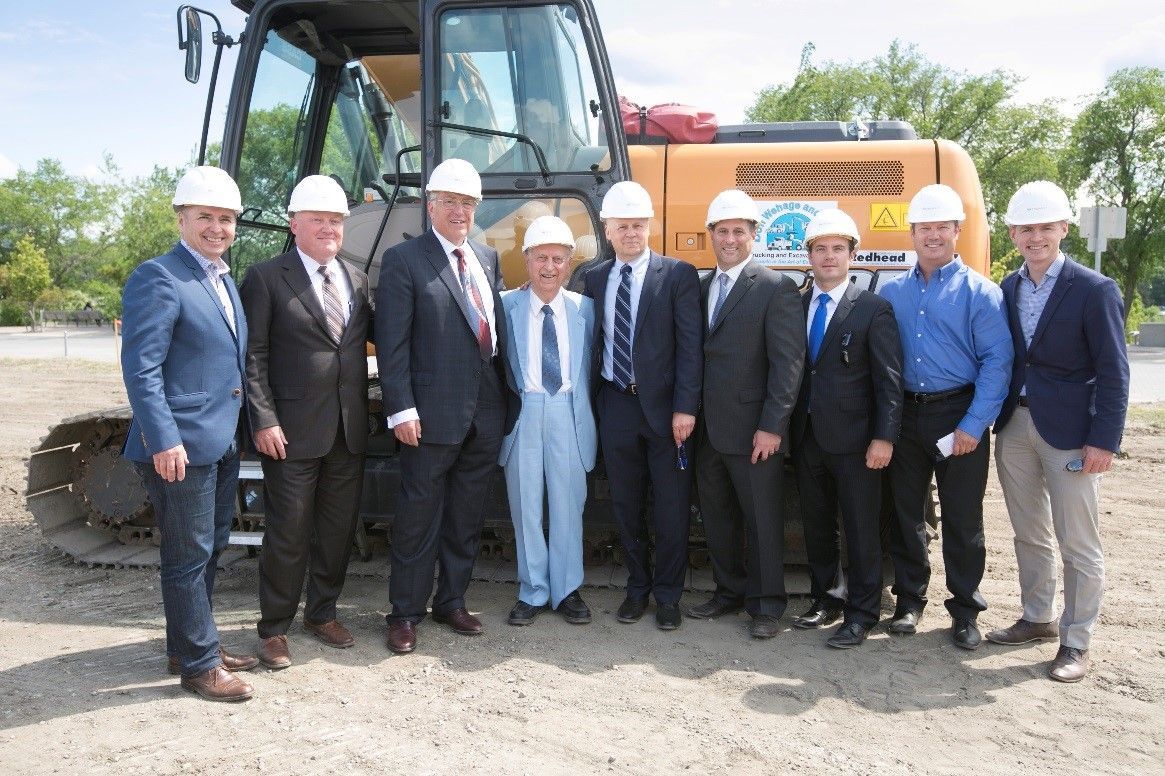 The River Landing site is the centrepiece of Saskatoon’s downtown Commercial Business District, located along the riverbanks of the South Saskatchewan River.  The 2.84 acre site will be home to an ALT Hotel (by Groupe Germain), condominiums (Urban Capital) and up to 400,000 SF of office space in two towers, as well as a central park plaza.  The ground was broken for Phase I of the development: the parkade for the hotel and condominiums. 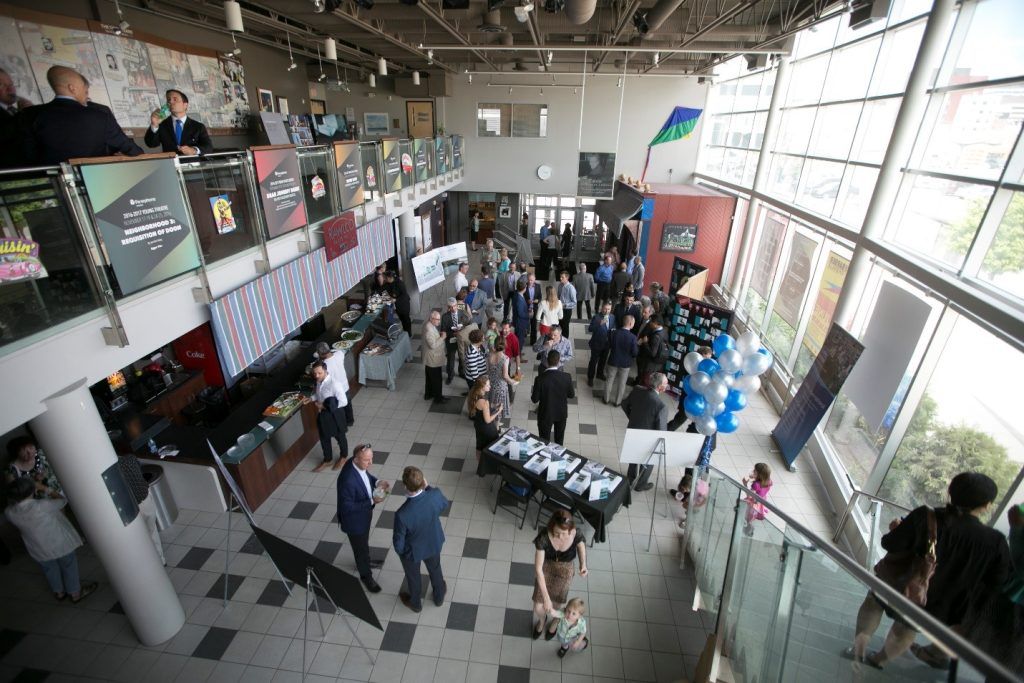 The development is a joint venture between clients of Triovest – both Saskatchewan-based companies.  Included in the over 100 people in attendance were Saskatoon Mayor Don Hutchison and city councillors.