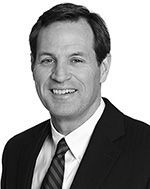 Triovest has made two senior appointments that strengthen its retail leadership capabilities.

“It’s a pleasure to announce the elevation of Tom D. Falls to the role of Senior Vice President, Retail and to welcome John G. Crombie as Senior Vice President, Retail Leasing Canada,” says Kim McInnes, President and CEO of Triovest Realty Advisors. “Triovest re-launched the Retail Leasing Group earlier this year under Tom’s leadership; the appointment of John – a prominent member of our industry – enables Triovest to expand its leadership capabilities and bring greater value to our clients,” he adds.

Falls began his career with KPMG working for clients in the financial services, real estate, and retail industries. After briefly serving in the real estate credit risk management group with Bank of Nova Scotia, he joined Oxford Properties in 1997 as a Director of Finance. Over the next five years, Falls held many roles and worked on a variety of projects involving public and private financings, equity issues, acquisitions, dispositions, and M&A transactions. In 2003, he joined the Retail Group at Oxford as Regional Vice-President of Property Management, responsible for operations, leasing and tenant co-ordination for eastern Canada. As part of Oxford’s strategic initiatives, Primaris REIT was formed and taken public; Falls was responsible for Western Canada and eventually the REIT portfolio. From 2010 through mid-2011, Falls served as Vice-President Eastern Canada. After briefly working at 20 Vic Management Inc., he joined Triovest as Vice-President, Retail Asset Management and was responsible for the CPPIB portfolio of shopping centres managed by Triovest.

John G. Crombie has been appointed Senior Vice President, Retail Leasing Canada. Responsible for retailer relations and business development, he has more than 25 years of commercial real estate experience. Before joining Triovest, Crombie was the Senior Managing Director of Retail Services for Cushman & Wakefield, a member of the National Management Team and the Canadian Representative for Cushman & Wakefield’s U.S. and Global Executive Committee for Retail Services. In these capacities, he was responsible for providing strategic direction and developing national and international sales and brokerage opportunities for Cushman & Wakefield’s Canadian retail business. Crombie’s real estate career started in 1986 in Toronto where he was a successful office leasing specialist for nine years and earned the President’s Round Table Award for excellence in sales performance.

Crombie is a member of multiple professional associations, including the Commercial Real Estate Development Association (NAIOP), the International Council of Shopping Centers (ICSC), the Industrial Asset Management Council (IAMC) and the Building Industry and Land Development Association (BILD). He is a former commercial board member for the Toronto Real Estate Board (TREB) and an appointed member of the Canadian Research Group (CRG) of ICSC. A noted industry spokesperson, Crombie has delivered keynote remarks at many conventions and seminars and is a quoted expert in various Canadian media, including: the Globe and Mail, the Toronto Star, CTV television and BNN.